Aishwarya had finished all the rounds of the World Cup with an overall tally of 65 points. The 23-year-old won the first round in Dubai, came third in Portugal, fifth in Spain and finished fourth in the last round in Hungary. Aishwarya ended the competition just four points ahead of Portugal’s Rita Vieira in the final standings for women. Aishwarya and Vieira were the top contenders for the World Cup.

In the FIM Junior category, Aishwarya Pissay came second with 46 points, behind Chile’s Tomas de Gavardo who won the championship with an overall tally of 60 points.

Speaking on her incredible win, Aishwarya said, “It’s overwhelming. I am out of words. After what happened last year, my first international season, when I crashed in Spain Baja and suffered career-threatening injuries, to come out and win the championship, is a great feeling.” 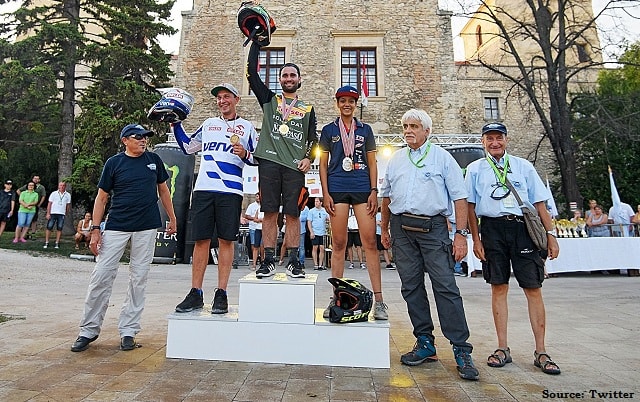 She added by saying that coming out injuries was a tough phase for her but she believed in herself and was determined to get back on the bike and race, which she did almost after 6 months. “So, winning the World Cup is huge for me and I will look to better my performance having gained this experience,” she said.

Besides the main world cup for 450cc, world cups are conducted in the following categories: Quads, Women and Junior.

Overall, five riders had participated in the 2019 FIM Bajas World Cup in the Hungarian Baja. Though Aishwarya Pissay finished fourth in the race, she bagged crucial points that helped her win the World Cup.

This was Aishwarya Pissay’s maiden World Cup and the Dubai Baja, where she had finished first was her first international rally.

PM Modi’s address at UN Climate Action Summit: Everything you need to know

The Institute of Banking Personnel Selection is expected to release IBPS SO Recruitment 2018 Notification on October 2018 . the official website... read more

SBI SO 2019 Recruitment:  SBI Online Application is starting from today for the SO Posts. State Bank of India... read more